Calexico, California is an official Port of Entry into the United States. Thousands of cars cross the border here each day.

To stop the drug smugglers, substantial steel barriers have been installed at each side of the Calexico Port of Entry itself.

These steel barriers are made of square steel tubing. 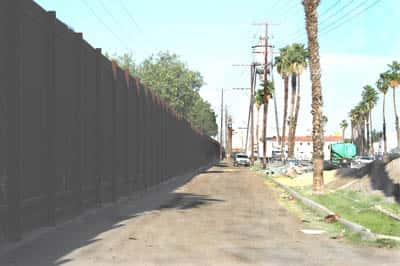 Yes, drug smugglers are standing there drinking a beer and sawing away at the steel bars. Encouragement from the passing drivers is … encouraged.

Yes, the people move their cars inches at a time to the border checkpoint a thousand feet away to visit the United States and derive whatever benefits they can from the visit. And while they are waiting in line they can watch the drug smugglers doing their best to hack a holes in the steel and toss packets of even heroin to accomplices waiting just to the north.

This is not some freak one time a year happening but a constant occurrence. 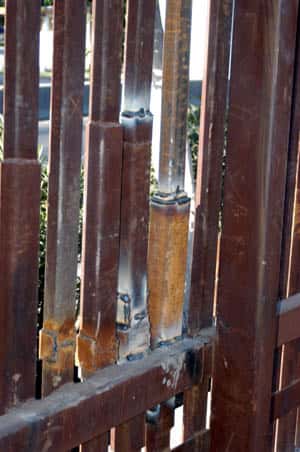 Here you can see multiple repairs to the barrier. If you look closely you can see a car waiting in line to cross the border. 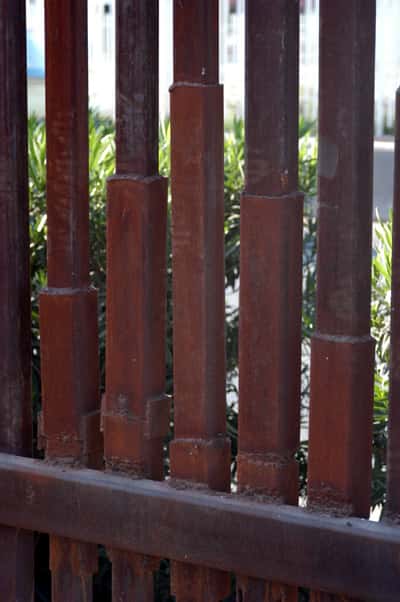 This drug / heroin / or even methamphetamine packet tossing has been going on for a decade.

These repairs are at least five years old.