With The Cartel taking serious pressure at the top of U.S. DEA’s Hit List, the lesser ranking drug organizations are more active in the city. The Ismael “Mayo” Zambada drug cartel is now taking control of certain segments of drug operations in Tijuana. Violent Inter-Cartel clashes are certain to increase.

The editor of the Tijuana weekly paper Zeta, Jesús Blancornelas, who was a close observer of the drug trafficking groups actually survived being perforated by their lead laden antipathy toward him. Not everyone at the newspaper survives such encounters. Hector Felix Miranda, co-founder of Zeta, was murdered by two Cartel gunmen. But there’s more.

Francisco Ortiz Franco, another editor of Zeta, departed our world while sitting in his car with his children (8, and 10) at his side when two youths wearing masks put four bullets into his face. While the children were “unharmed” they won’t forget “dead daddy” for a long, long while. The murder occurred on a busy Tijuana street and only a block from Baja California State Police offices.

Baja California Assistant Attorney General Rogelio Delgado Neri downplayed all such scurrilous comments as being “scurrilous comments.” Sr. Delgado even put the total murder rate in Tijuana at “only” 261 a year. 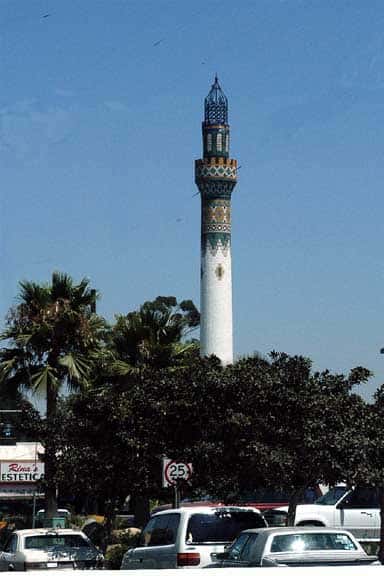 But then Sr. Delgado was, and almost immediately, blasted into the land of immortality while sitting at a popular Tijuana bar.

Do you have a minaret in your town?